Warning: You are using an outdated Browser, Please switch to a more modern browser such as Chrome, Firefox or Microsoft Edge.

This Video is loaded through YouTube. Google is collecting information about your interaction with this Video by using cookies and may use this for targeting their offers. Please accept cookies in order to show the Video. 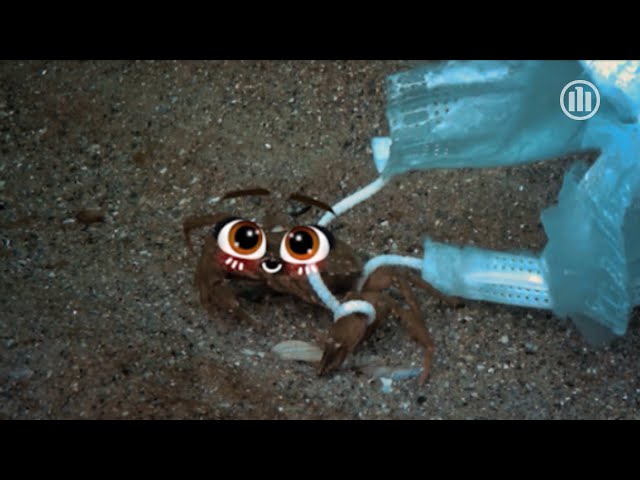 As humans existing in a digital world, we utilize filters so we can edit our photos to our liking. Facebook and Instagram alone report over 600 million users of filters worldwide. But where filters fail, reality quickly checks in.

This latest spot by Allianz PNB Life offers a glimpse into a world that shows the realities that cannot be fixed with a simple filter. “No Filter,” a digital film conceptualized by the award-winning and imaginative agency Gigil, is a wry, self-aware take on humanity’s harmful impact on the environment.

Set to the tune of a happy, upbeat ditty, the ad is packaged as a feel-good watch when obviously, it isn’t. It opens with an aerial shot of the city, only to reveal a polluted river obscured by a filter that makes it look blue and sparkling. As it continues to force a “picture perfect” world onto viewers, more exaggerated cover-ups of Mother Nature’s cries for help appear. These include glittery factory smoke, colorful light beams raining down on a flash flood, and suffering animals made to look healthier and more kawaii.

But as ridiculous as the ad presents these filters to be, it also serves to remind viewers to care about the planet.

“Allianz PNB Life strives to build a sustainable future for Filipinos. Through “No Filter,” we want to prove that even though the planet can’t be fixed instantly, we can help make it better. At Allianz, we work together to protect you and the planet,” said Chief Marketing Officer Gino Riola.

The spot is a further extension of the insurance company’s broader sustainability focus, from its insurance products down to its grassroots initiatives in partnership with various local government units (LGUs) and organizations.

Via its Allianz Ride Safe campaign, the company is promoting bike safety and education to push for cycling as an alternative mode of transport in Metro Manila. Last November, Allianz PNB Life launched the country’s first solar-powered bike pit stop together with the San Juan LGU. Just this May, the company also set up new bike racks in four of Manila City’s public squares. The racks, which also double as art installations, are inspired by the locations they are in—the Tabak bike rack in Bonifacio Shrine, for instance, is designed after the weapon the hero is seen holding at his nearby monument.

“Beyond readying Filipinos for the future with quality health and life insurance, we want to make sure they can look forward to it too,” said Allianz CEO Alex Grenz. “From going digital to supporting sustainable businesses, each step by Allianz is always directed towards a safer and greener future.”

Previously, Allianz PNB Life also launched e-jeepneys for Makati-Mandaluyong commuters and sponsored a major reforestation effort in Batangas province. Now, the company is working to shift fully to renewable energy use by 2023, proving that “sustainability” extends beyond being a buzzword or one-time corporate social responsibility event for them.

Worldwide, the Allianz Group has topped the Dow Sustainability Index from 2017 to 2019, and remains still in the top levels of that list. With growing investments in renewable energy and a thorough environmental management system, the Group targets to produce net-zero emissions by 2050.

To learn more about our sustainability initiatives, read more here.